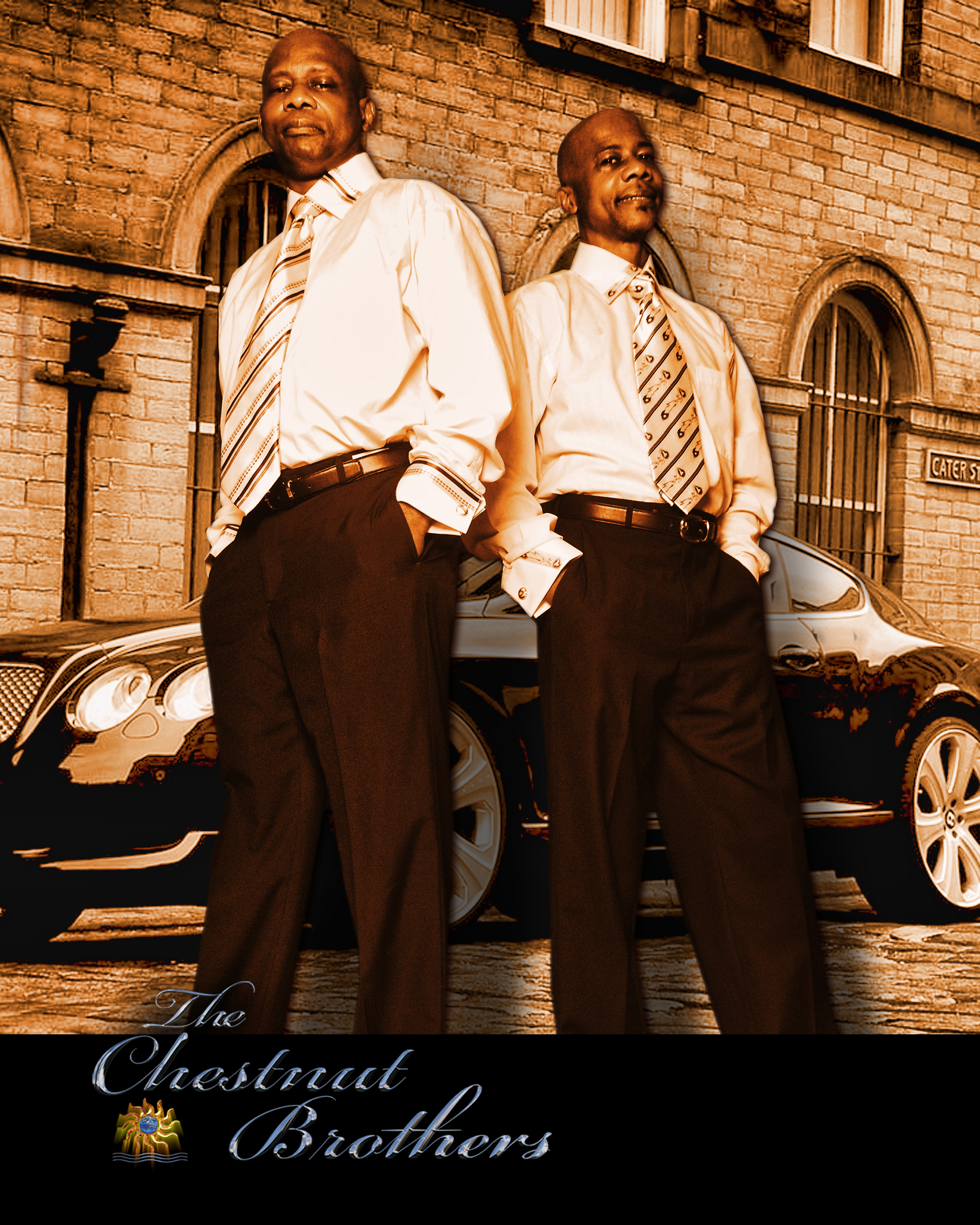 The Chestnut Brothers (Al and Ty) are a very talented singing, songwriting, production team born in Columbia, South Carolina and raised in Philadelphia, Pennsylvania. They have entertained audiences in major U.S. cities, throughout the United Kingdom, Europe and Middle East. In addition to major label affiliation with Paramount, Mercury and MCA Records, they have been privileged to perform and record with a vast array of artists such as Luther Vandross, Grover Washington, Jr., Najee, The Oak Ridge Boys, Harry Connick, Jr., James Ingram, Harold Melvin & The Blue Notes, The Trammps, Billy Paul, Nile Rogers, Phil Perry, B.B. King, L.L. Cool J, Cheap Trick and Pete Seeger to name a few.

This talented twosome has used their God-given singing, songwriting and production gifts to uplift the masses and since becoming actively involved with the international peace movement, they have attained a passion for social change. This can be heard in several of their original songs. Especially their theme, “Stop the Violence.” As a result, they’ve been anointed globally as Goodwill Ambassadors, Musical Messengers and Princes Of Peace. Many of their popular songs are also, loved by audiences for their romantic appeal and with a repertoire that covers a host of musical genres from Bach to Rock, their electrifying stage show has mesmerized audiences around the world.

The Chestnut Brothers music is rich with infectious, irresistible grooves, backed by inspirational lyrics and tasteful arrangements. Throughout their illustrious career, they have maintained a standard of musical excellence that clearly sets them apart and from all indications, the legacy continues.